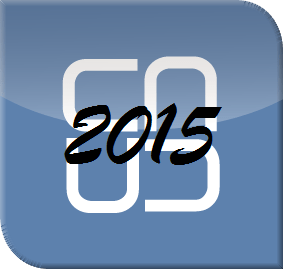 This year Connect will celebrate 2 yrs as a new Fellowship. Over the past 21 months we have seen many changes and have weathered many storms along the way. Getting past Gov Bureaucracy, naysayers telling us it couldn’t be done as well as the Sanballots & Tobias’s along the way who refuse to allow the work to exist. God is good & He is true to His word that if His people will seek Him they will find Him. Our Fellowship has had its share of hits this year as well with those dastardly “D’s” Death, Divorce, Depression, Discouragement & any other word that begins with the letter “d.” The Pastors have prayerfully taught Gods people week after week diligently seeking His will for His people. 2015 has already found us with change in the departure of an Elder & his wife moving on to even greater tasks for them, “Starting their own life” in Oregon.  Jon & Miranda Cain have given so much to this Fellowship and there is no way that the Pastors could have accomplished all that was, with out them. They were part of Gods plan. The plan that He had for them and for us. We are certain for more changes along the way as we see the Hand of God moving to bring us closer and closer to the day when we shall all see Him face to face.  2015 is going to be a time of “New Works” for each and every one of us and He is asking us to “grasp” what it is that He is doing. Our prayer this year is you will be found right where God is calling you to be and to be serving HIM in the capacity that He has called us to. We needn’t look back at the successes for they were His and not ours. We only get to share in them & praise Him for them.  We look forward to the “NEW THING” He has for us personally in our lives and corporately as a Fellowship. May God bless your 2015 like never before and may we all be found faithful to our calling. ~ Connect Staff